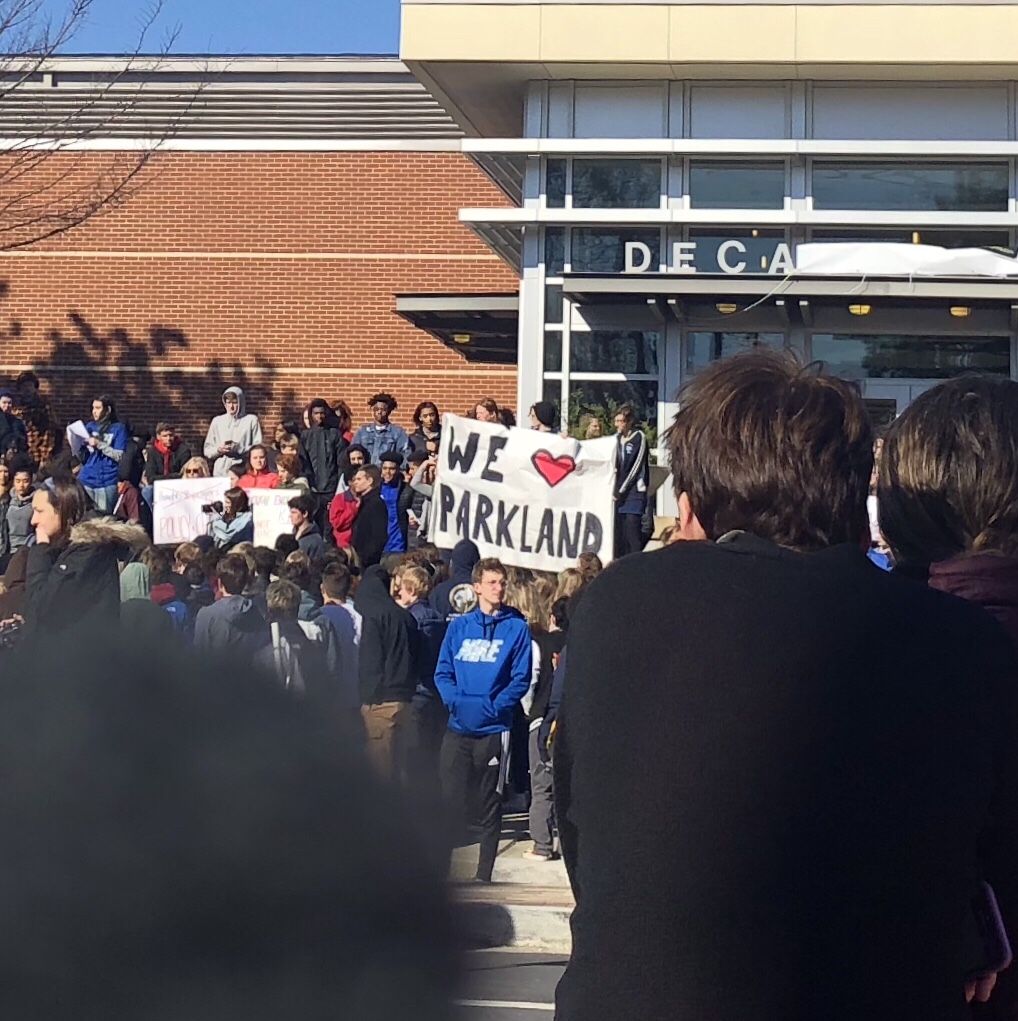 Students walked out or took a knee on Wednesday because #enoughisenough. I stood with them and for them.

A group of white people held a demonstration at Stone Mountain yesterday to support continuing the display of the Confederate flag at the state-owned park. Based on the Atlanta Journal Constitution’s photo gallery, people who think being armed to the teeth in public are hate flag wavers too, or they thought this would be a good place for showing off their weapons. Photos tell the story better than words.

I posted this photo as a Friday Photo on August 29, 2014, almost two months after Georgia’s Open Carry (Guns Everywhere) law, passed by the Georgia General Assembly and signed into law by Governor Nathan Deal, went into effect.

Last night nine innocent people out for a night at the movies in Lafayette, Louisiana, became the victims of a shooting. Two victims died, seven are wounded.

Republican Presidential candidate and Louisiana Governor Bobby Jindal, who has signed over 12 bills increasing access to guns and where they can be carried in his state, told the media, “We never imagined this would happen in Louisiana.” Brushing off a reporter’s question about gun control after last night’s shooting rampage and murders, Jindal said the thing to do to do now is pray.

Governor Jindal doesn’t have much of an imagination.

As for prayers? How about praying for reduced access to guns, thorough background checks, removing banning the sale of assault weapons, and serious limits on where guns can be carried?

To borrow a slogan from an old toothpaste commercial, “Put your money where your mouth is.” I’m making a real effort to find and support businesses who are willing to post a sign saying guns don’t belong in theirs.

Georgia’s Guns Everywhere law went into effect at 12:01 this morning. A few weeks ago I made some calls to businesses I frequent to find out if they would allow guns beginning today. A coffee shop I really like reacted like I was making a prank call. I doubled back today. They were honest and said they just didn’t know much about it, but would hustle now and get an answer back to me. They serve beer and wine, so they can’t stay on the fence on this one.

Alcohol and guns didn’t mix in Georgia, until now. Guns Everywhere means patrons at any 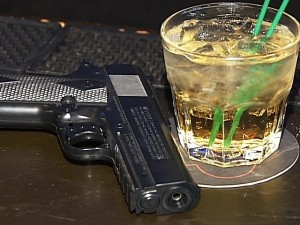 As of midnight last night, the Rosa M Tarbutton Memorial Library, a beautiful library in Washington County used by everyone in the community, will have to allow guns in the building. My county, like many others, can’t afford the additional security staff or detectors required to keep guns out of the building. All the county buildings in my community, with the exception of the courthouse, where they are adding additional staff for security, will have to allow citizens to bring guns inside.

The Georgia General Assembly and Governor Deal think we need more guns in public places but less funding for mental health services and public schools. Do legislators expect them to have a bake sale to cover their costs?