The Atlantic covers a Brookings Institute report on income inequality in 50 of America’s cities. Atlanta leads the list.

Rep Mike Dudgeon’s HB 874, which would have made solar power much more affordable for Georgians, has just about seen the sun set on it. Dave Williams at the Atlanta Business Chronicle covers it.

Would it be a good idea to remove coal ash waste from places where there is groundwater and surface water contamination? “You don’t need to be Joe Chemist to figure that out.” says Avner Vengosh at the Nicholas School of the Environment at Duke University.

What a week for clean air and water in Georgia! We started the week with the cancellation of the proposed coal plant Ben Hill near Fitzgerald, and Plant Washington will have to comply with stricter standards for mercury and other toxic air emissions IF it is ever constructed. 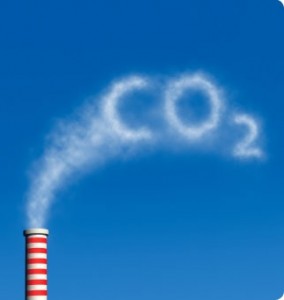 (carbon pollution rule, or GHG), making Plant Washington’s fate even less certain. Because Power4Georgians does not yet have a final permit for construction, hasn’t made final design or engineering determinations, and has yet to secure financing for the multi-billion dollar facility, it appears Plant Washington is subject to the GHG rule. That means Plant Washington will be even more expensive and much less practical to finance, construct, operate, or return any investment to the four remaining co-op owner-members.

What options does our community have for affordable electricity? Cobb EMC, which dropped Plant Washington in January, has just inked an agreement to buy 10MW of power generated from the clean and abundant sunshine we have right here in Washington County!

Cobb EMC leaders did the math on Plant Washington and accepted the fact that it just wasn’t a cost effective investment for their co-op owner-members. After putting out requests for new power contracts, they decided in favor of clean, abundant, and job creating renewable power.

Renewable energy puts people to work. Washington County residents are already working at MAGE solar panels in Laurens County, where 350 people will be employed. Another Lauren County facility using wood waste will employ 55 people. Elbert County citizens are already working at some of the 200 jobs announced for a wind turbine company in their county.

Power4Georgians has done its homework and found that solar is affordable and reliable after all. It is time you did your homework too.

WEMC has a 10MW contract expiring in 2014. Give us a sound business plan that supports dirty outdated coal as the best option for our community, when solar is available just down the road.

The Friday Photo
A weekly photo inspired by spontaneity, art, and community.
April 6, 2012

Georgia Senate Bill 401, (SB 401) would,  in a nutshell,  deregulate solar power in Georgia and serve as an incentive for both private and commercial expansion of solar power. Between the fleet of lobbyists and influential directors at GA Power, the company has maintained a stranglehold on the amount of power that can be moved to the grid from private and commercial sources, and the way solar energy production can be financed.

In addition to removing the cap on selling solar power, SB 401 will allow companies such as MAGE, which produces solar panels at its North American headquarters just down the road from me in Dublin, to finance or lease systems to customers. Currently financing or leasing is not allowed in Georgia. Restrictions in Georgia make large scale solar energy production unattractive to investors (see paragraph above, re: GA Power lobbyists and directors).

Two doctors in Savannah. Pat Godbey and Sidney Smith, got tired of waiting on the General Assembly to loosen GA Power’s control over the grid, and in open defiance, established Tabby Power. Tabby Power sells solar produced electricity to consumers. Smith and Godbey also started Lower Rates for Customers, which helps sell solar generated electricity made in one location to consumers in other areas. You can get a taste of their solar power projects at the Driftaway Cafe in Savannah, which is a Lower Rates for Customers client.

What’s not to love in SB 401 for advocates of open and free markets? What’s not to love about maximizing clean renewable solar power, which we do have in bountiful amounts here (see paragraph above, re: MAGE solar panels decision to locate in Georgia)? Supporters of SB 401 are collecting signatures here. At the end of the day, SB 401 is the rare bill that citizens on opposite sides of the political spectrum can love.