There are two things I’ve thought before the election and remain committed to as we wait for more votes to be counted.

1. Georgia needs to change our Constitution to require a Secretary of State to resign if running for a different office. Changing the Constitution shouldn’t be the path to solving every problem, but it is the only way to address the less than above-board election this year, and protect future contests.

2. Yes, Nancy Pelosi has raised lots of money for Democrats, and yes, she corralled Democrats during difficult issues (Democrats say Pelosi has eyes in the back of her head, knows who is in the room, and how they will vote at any given moment). When do we make room for a new leader like this if not now? Could Pelosi be an interim Speaker with a transition plan to pass the gavel, as suggested by my friend and former Congressional candidate Carol Miller of New Mexico? With a wave of newly elected “firsts” across the country, it is time to pass the role of Speaker to someone with solid knowledge of the House and Congress. There is a role for Pelosi, but it shouldn’t be as Speaker of the House.

The content below  the photo was posted on Rural and Progressive just before noon today (EST). Several news outlets had the same link and list attributed to the activitist/hacktivist group Anonymous, which claims to identify elected officials who are members of the KKK.(I have removed the links and video so they no longer work).

Senator Johnny Isakson and his wife were included in a list purported to out elected officials who are members of the KKK. I called Senator Isaskson’s office to get an official statement from them, which was a s firm “No,” neither of the Iskasons are affiliated with the KKK.

Late this afternoon Anonymous announced that in fact the list is not theirs. It is widely anticipated that the list they have drawn up will be posted this Thursday, November 5th.

Major news outlets such as Huffington Post have not updated their site about the denials from @OperationKKK,  the project name for the list of names expected to be revealed on Thursday. During the 6:30-7:00 state news update from Georgia Public Broadcasting, GPB also reported the same answer from Isakson that I got from my call earlier today.

I don’t know who will be on the Anonymous list on Thursday if it comes out that day. What I do know is that if I am especially interested in someone who is on that list, I will certainly give that person an opportunity to address their inclusion on it,  just as I did today.

I stand behind my last two sentences from earlier today: “The issue of racism, and who is hiding under white hoods, is very real in our country. This issue isn’t going away.” 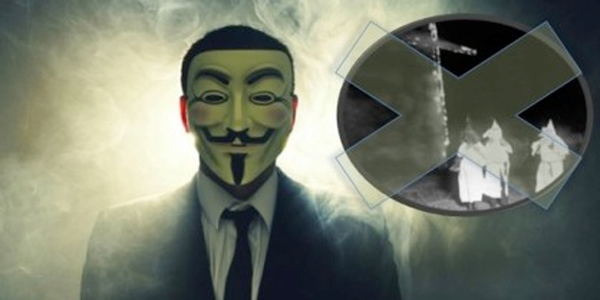 Anonymous has begun releasing names of elected officials who are members of the KKK, according to their research. Anonymous, an international group of activisits/hacktivists, includes Georgia Senator Johnny Isakson, and his wife, Dianne Davison, on today’s list (internet reports have put the total number to be released at upwards of 1,000 names).

A video released this morning states that the Isaksons are affiliated with the Original Knight Riders Chapter of the KKK.

Betsy Dietz, an Isakson staffer in his Washington, DC office, denied the Iskason’s memberships when I called. I’d like to believe her, but exposure by Anonymous isn’t something to take lightly.

The issue of racism, and who is hiding under white hoods, is very real in our country. This issue isn’t going away.